Church of the Holy Sepulchre

Church of the Holy Sepulchre

One of the most holy churches located at the traditional site of Golgotha - the place of Jesus Crucifixion and burial. Inside are stations 10th-14th of the Cross.

One of the most holy churches located at the traditional site of Golgotha - the place of Jesus Crucifixion and burial. Inside are stations 10th-14th of the Cross. 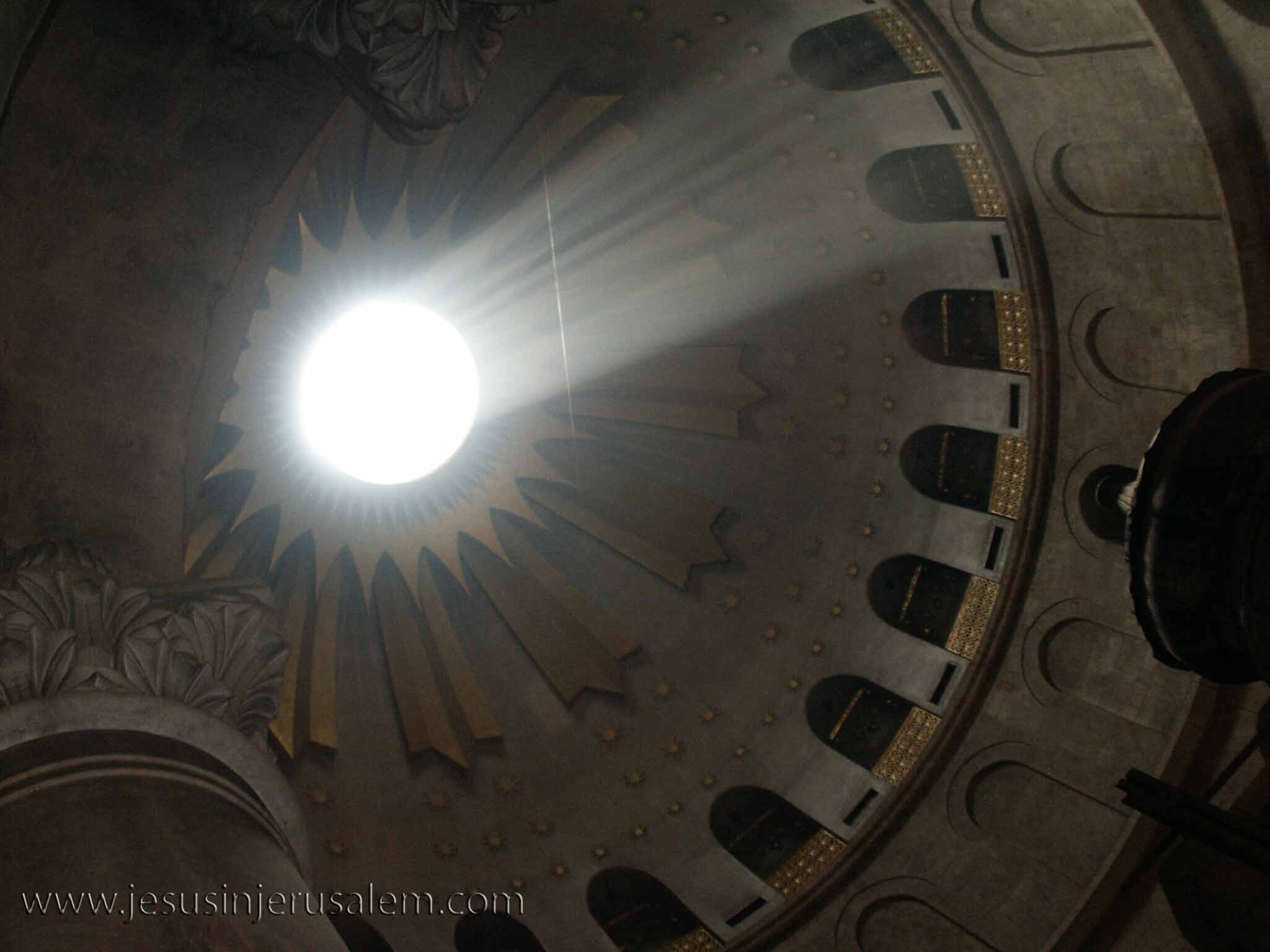 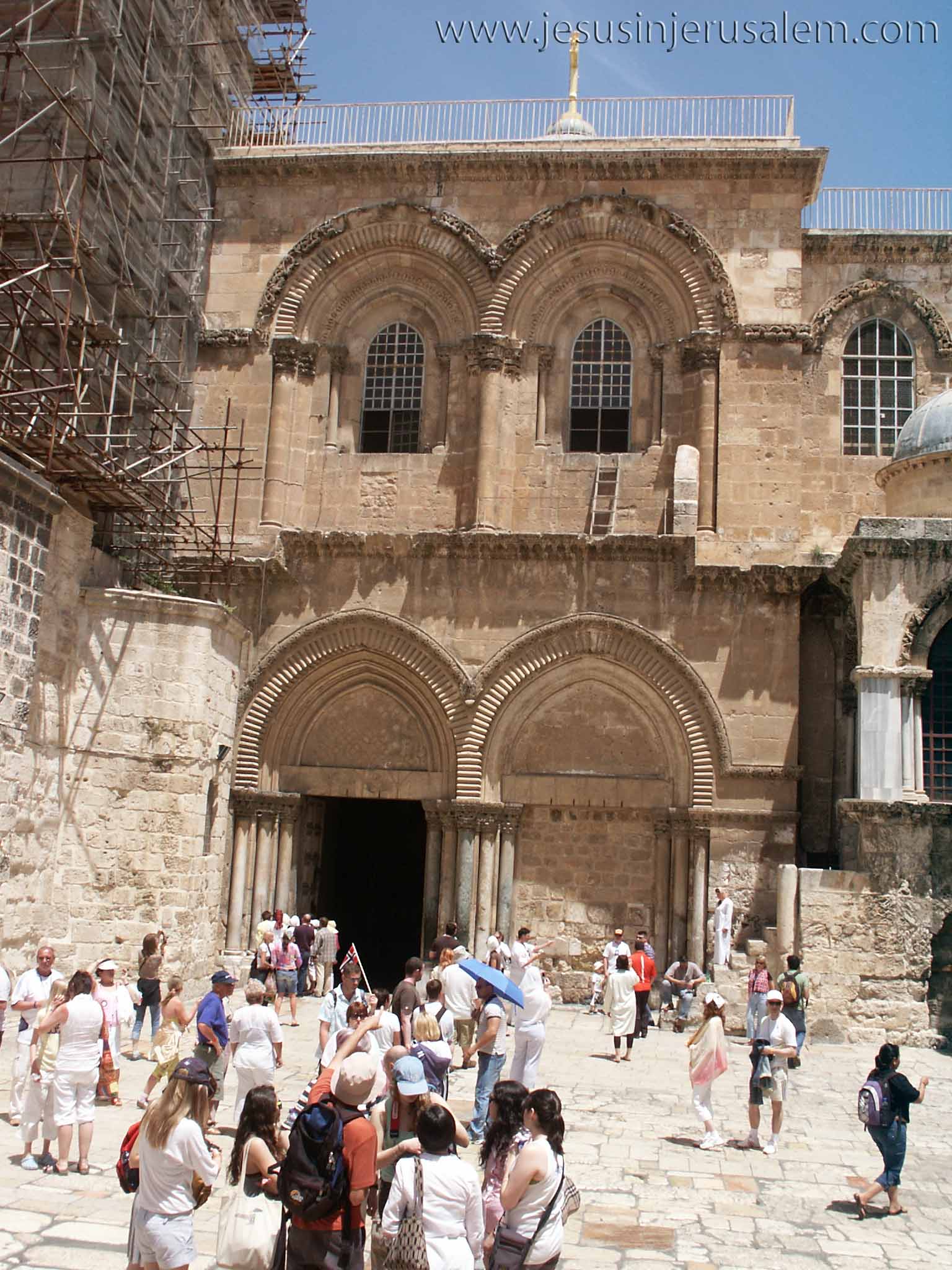 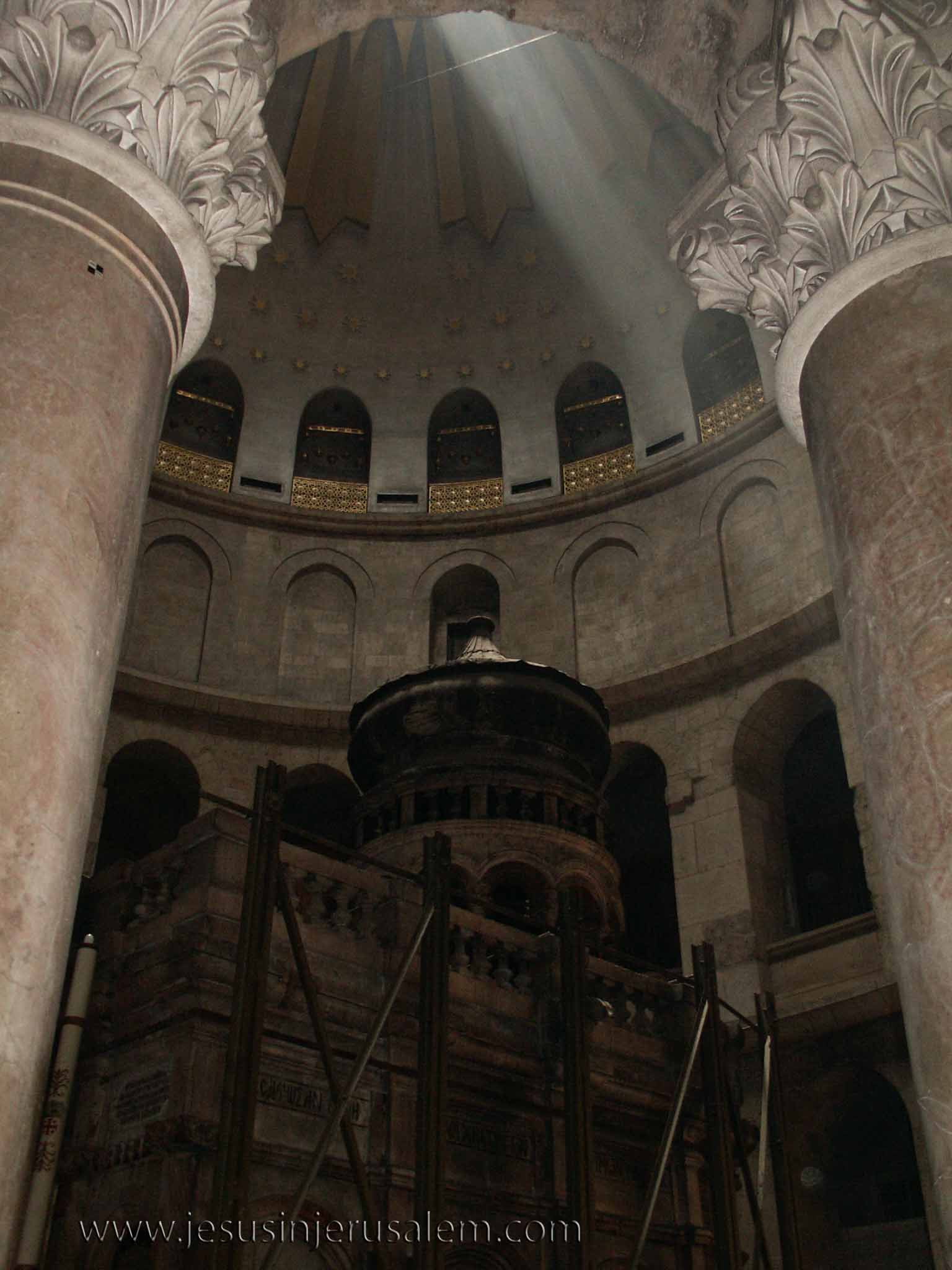 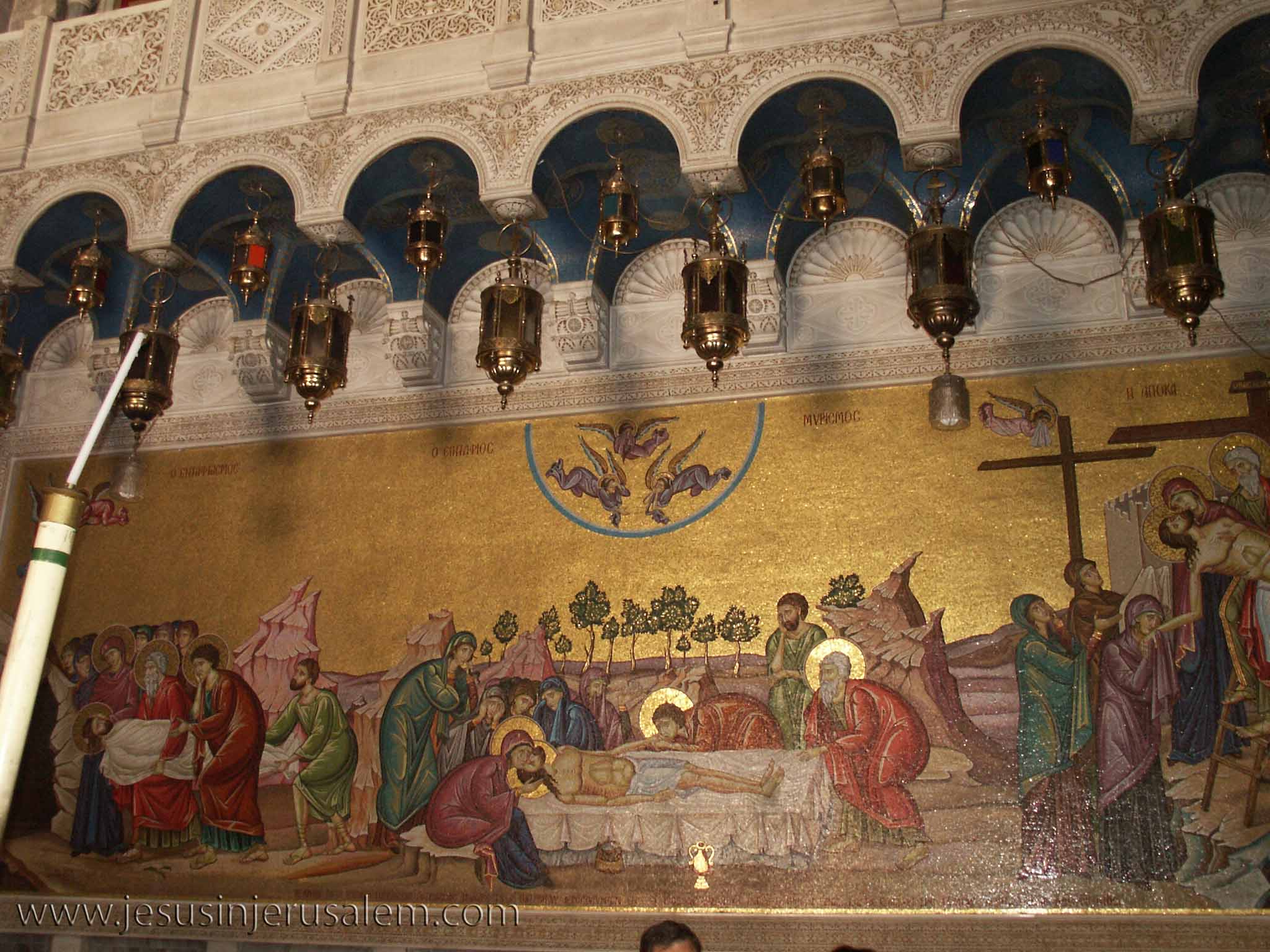 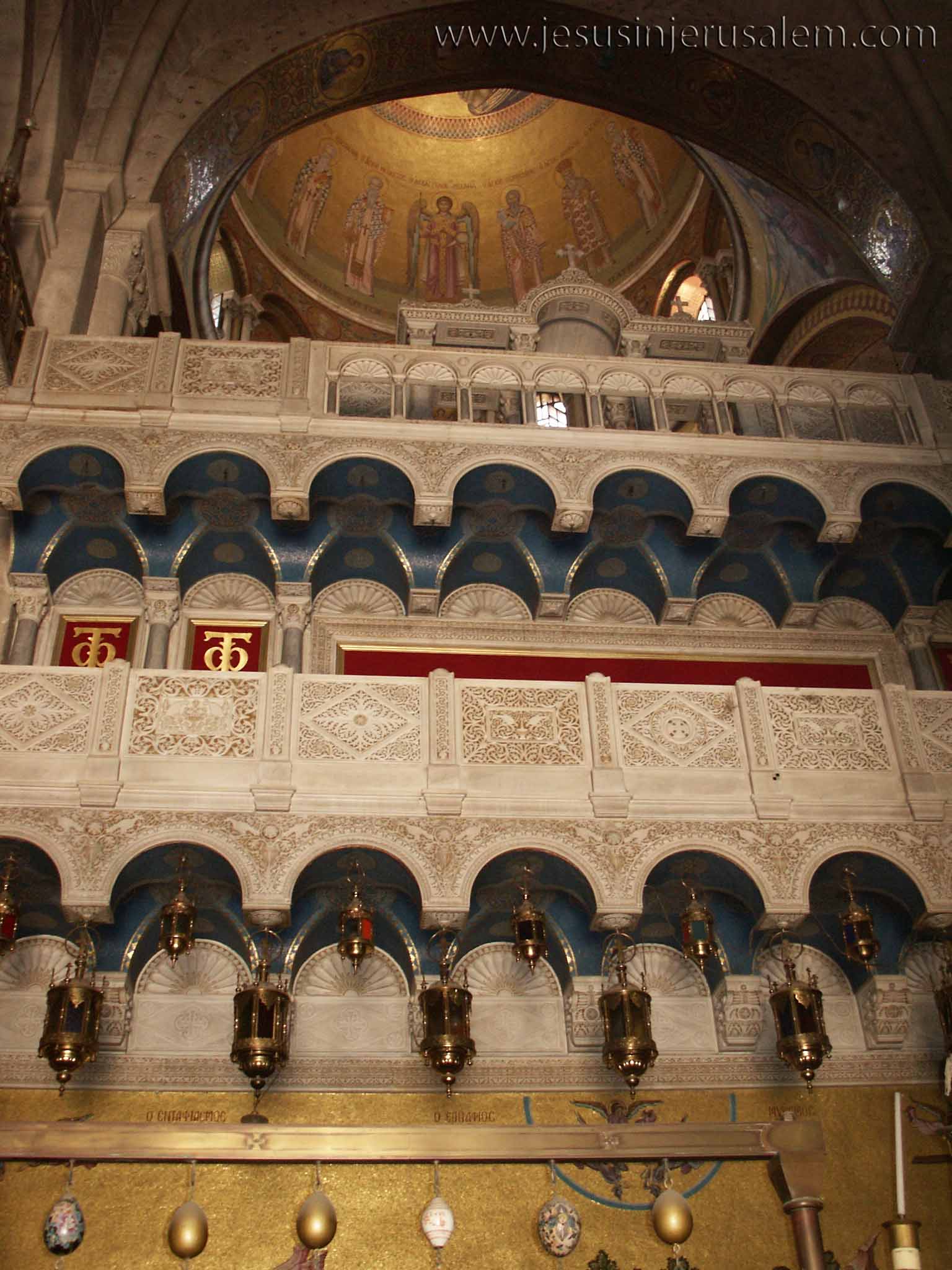 And when they were come unto a place called Golgotha, that is to say, a place of a skull,
When they had crucified him, they divided up his clothes by casting lots.
And when Jesus had cried out again in a loud voice, he gave up his spirit..
As evening approached, there came a rich man from Arimathea, named Joseph, who had himself become a disciple of Jesus.
Going to Pilate, he asked for Jesus' body, and Pilate ordered that it be given to him.
Joseph took the body, wrapped it in a clean linen cloth, and placed it in his own new tomb that he had cut out of the rock. He rolled a big stone in front of the entrance to the tomb and went away.

After the Sabbath, at dawn on the first day of the week, Mary Magdalene and the other Mary went to look at the tomb.
There was a violent earthquake, for an angel of the Lord came down from heaven and, going to the tomb, rolled back the stone and sat on it.
His appearance was like lightning, and his clothes were white as snow.
The guards were so afraid of him that they shook and became like dead men.
The angel said to the women, "Do not be afraid, for I know that you are looking for Jesus, who was crucified.
He is not here; he has risen, just as he said. Come and see the place where he lay.